How Road Rage Can Affect Your Auto Insurance 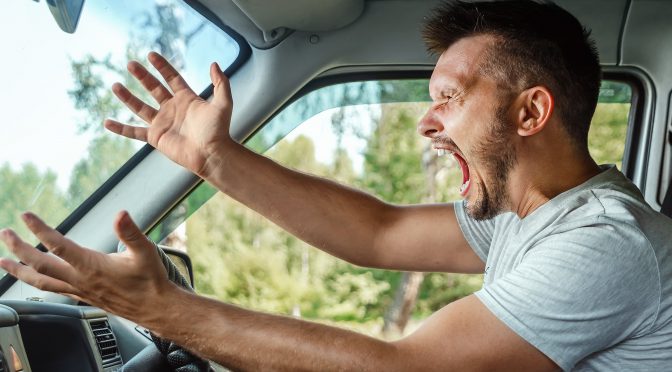 Aggressive driving might feel satisfying to some, but it can lead to road rage and can cause you to lose control of your vehicle. Road rage and aggressive driving can endanger you and other drivers and adversely affect your auto insurance. Risky behavior can hike up your rates. Road rage, considered an exemption on many policies, often leads to having resulting damages and injuries being denied coverage by your insurance provider.

How Common is Road Rage? Very.

According to a AAA Foundation for Traffic Safety study, a lot of drivers in the US admit to aggressive and angry behaviors within the past year.

What to Do if You are Affected by an Angry Driver

Should you encounter an aggressive driver on the road it’s recommended that you:

How to Avoid Road Rage

It’s not unusual to be frustrated and irritated when driving in traffic, so be aware of your own anger when driving. Relax your hands on the steering wheel, leave plenty of space between the car in front of you, and don’t make aggressive moves. Give yourself all the time you need to get where you’re going and you’re less likely to become annoyed.

For more information about auto insurance, visit https://www.einsure.com/, where you can also compare quotes from different insurance providers before deciding what’s best for you.