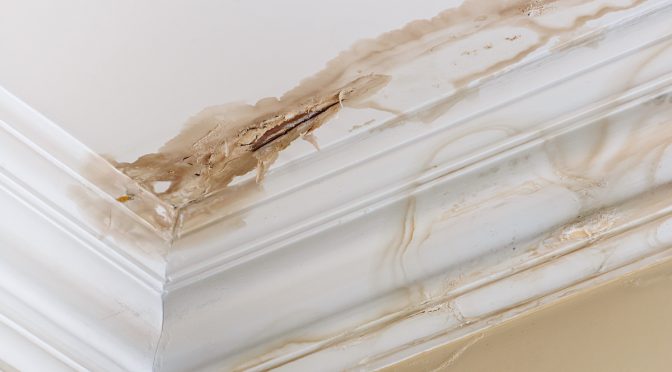 Homeowner’s insurance covers some types of water damage, but not all. For instance, if a windstorm caused a tree limb to fall onto your living room window and allowed rain to come in and damage your furniture, walls and floors, this type of water damage would likely be covered by your homeowner’s policy.

But if a regional flood causes water damage, it would not be covered.

Homeowner’s Insurance Does Not Cover Water Damage Caused by Floods

“Why doesn’t my homeowner’s insurance cover water damage from floods?”

Your homeowner’s insurance policy is built on the notion of fire coverage. It exists to protect your financial investment if your primary residence were to burn down. According to the National Fire Protection Association (NFPA), about 353,000 US homes burn to the ground every year.

Many policies have additional coverages built-in. Think of them as insurance “bells and whistles” that cover damage from:

But neither floods nor earthquakes are covered. That’s because when these massive catastrophes strike, they damage hundreds of thousands of homes and do billions of dollars in damage in one event.

An insurance company would become insolvent trying to pay those claims. In other words, they’d fail financially. The company would go out of business, and homeowners would be left without insurance.

Now that we’ve covered catastrophes not covered by your HO policy let’s look at some examples of instances where your homeowners’ insurance does cover water damage.

The best way to illustrate how homeowner’s insurance covers this kind of water damage claim is a story.

Homeowner Bob lives in New Mexico. Like others in his hot, dry region, he cools his home using a roof-mounted evaporative cooler. It relies on a steady flow of water to a screen. Air is pumped over the wet screen to cool it before being blown through the home.

One day while Bob’s at work, his “swamp cooler” fails. The water overflows, backs into his ventilation, damages his roof, and soaks down into his walls. Bob comes home from work and notices the wet walls and water damage right away. He immediately calls his insurance company and starts mitigating the damage as best as possible.

He disconnects water to the evaporative cooler and starts making calls to mitigation contractors for a cleanup quote.

So Bob recoups most of his repair costs thanks to his homeowner’s insurance policy. He buys an air conditioner and lives happily ever after.

But remember, beyond that initial goal of fire coverage, every insurer offers a slightly different policy. Sometimes insurers will specifically designate water damage they will not cover – and ice dams often fall into this category.

“Does my homeowner’s insurance cover water damage after an ice dam event?”

During the winter months, ice can build up on your rooftops and gutters. And while icicles can be lovely to look at, they can cause damage to your home. As the ice begins to melt on your rooftop, the dam of ice prevents water from draining. Water puddles on your roof, seeps into your home, damages your walls and destroys your roofing.

“What if my homeowner’s insurance company is refusing to cover water damage?”

Aside from floods that are never covered, and specific instances named on your policy like ice dams, homeowner’s insurance should cover most types of water damage.

With that said, let’s remember that insurance companies don’t like to pay huge claims. Every year we hear about insurers accused of low-balling claims settlements or denying a righteous claim entirely.

If your water damage occurs from a named covered peril – like equipment malfunction – and your insurer is trying to dodge the claim, you have the option of contacting a public adjuster in many states. These individuals do not work for free (usually they want 10% of your claim), but they can act as an educated third party and help you get the claims settlement you deserve.

Remember, insurance companies have entire teams of legal professionals and billions of dollars invested into strict contract wording. So if there is a questionable omission on an insurance policy, a judge will usually favor the consumer.

Put another way, if your insurance policy does not explicitly exclude ice dams, they’re probably covered.

But that doesn’t always mean it’s in your best interest to file a claim.

Any time you file a homeowner’s insurance claim, it goes on your claims record. Insurers keep very detailed records of your claims and the amount of money they pay. They share these details. While one claim isn’t the end of the world, having three claims in five years will make your insurance prices skyrocket!

Therefore, sometimes it’s best to pay for minor repairs yourself – especially if the repairs are barely more than your deductible. Yes, homeowner’s insurance covers water damage. But too many claims will cost you thousands of dollars every year for a long time.